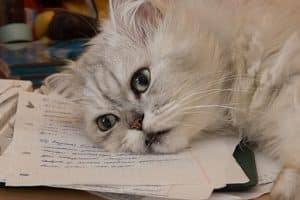 You may wonder, what is the world coming to? Before the days of sending offers to listing agents via computer, there was actually a time when a buyer’s agent would actually formally present the offer to the sellers and the listing agent. Were you around back in the day? Did you do that?

Over the years, that practice of face-to-face presentations transitioned into buyers drafting letters to sellers where they would “kvel” over the the attributes of the home—how they would take excellent care of the garden or some of the other particularly wonderful features of the home.

By and by, this practice has gone by the wayside. However, that being said, in a recent Inman article, attorney Christine Smith points out that the presentation of these letter may contribute to discrimination, which is (of course) a violation of Fair Housing Law. Smith states,

I’m really not a huge fan of the letters to start. Let’s just present a strong offer and leave the negotiating to me. I know sellers sometimes like to know who will be buying their beloved home. But, they shouldn’t. First of all, it’s none of their business. Buyers do not need to know about the people selling the house. Sellers should expect the same.

However, more importantly, that letter could be a violation of the federal Fair Housing Act.

The Fair Housing Act provides, in part, that sellers cannot refuse to sell a house based on race, religion, color, national origin, sex, family status or disability. … That letter that the buyer wrote that says that their family and kids would love living in that house? Well, if that buyer’s offer is chosen and another buyer (perhaps a single person without kids) does not have his/her offer chosen, well then that seller could be facing a fair housing complaint. Not only that, any real estate agent who facilitated that letter by encouraging or even forwarding the letter could be facing the same complaint, as could their broker.

Smith reminds readers that the first violation of Fair Housing comes with a fine of $10,000. So, there you have it. It’s the end of an era where people use considerable subjectivity to influence the contract. That being said, sellers can always make assumptions about nationality and discriminate accordingly based on the buyers’ names. But, at least the letter takes that extra piece of evidence off the table.

Sign up for insight & resources to help you close more deals.